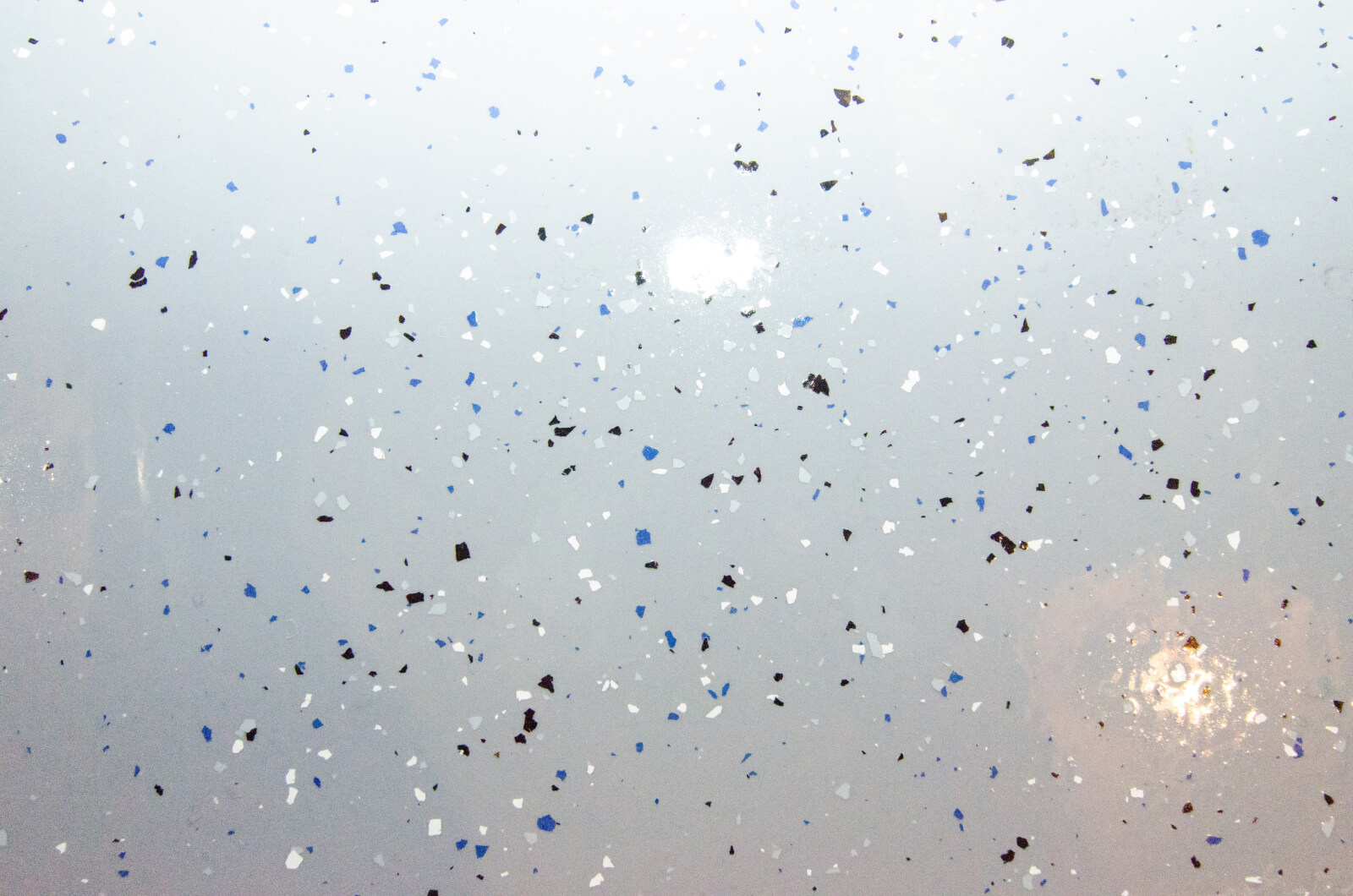 Danny used the All Weather Floors Polyurea Coating on his floor.

I selected this product primarily for its ease of use in installation as well as the availability of different colors as I was applying it to my basement, which is roughly 1,000 sq ft.

Everything on the basement floor was removed with the exception of the HVAC unit and hot water tank. The floor did not have any control joints and as a result, the slab had several cracks that needed to be repaired beforehand. After filling the cracks with sand and using an A+B epoxy filler, the floor was lightly ground using a diamabrush concrete prep tool.

I applied two coats of the product; a basecoat of gray with flakes and a coat of clear. Having never applied a concrete coating product, I was surprised at how thick each coat was as well as how easy it was to apply. Initially, I was applying the product too thin because I was afraid I would not have enough. Ultimately, I ended up having more than enough and I should not have tried to stretch the polyurea. It is barely noticeable where I went too thin on the product, but it does bother me a bit (no one else has noticed). My only concern was with how fast the paint dried. Again, this may have been because I initially applied the product thinly and this was not the case when it was applied thicker.
I highly suggest having a second person assisting. This would have made the application much easier as I had to stop after painting a small section to add flakes. With this said, although it would have made the application time faster, this can still easily be a one-person job. The second clear coat went on much faster. I added anti-skid as suggested and continually mixed the product in the 5-gallon bucket before rolling it on. This prevented clumps from forming and my only concern was applying the product on without missing any spots as it was hard to see where the paint was being applied because it was clear.
Each coat dried in approx. 4-6 hours and in all, this was a 2-day project as I wanted to be completely sure each coat of paint was dry and I was not under any time constraints.

My wife and I are very happy with the product thus far. It has been approx. one week and I have not noticed any issues. I was surprised with how thick each coat went on and was thrilled that it filled some of my relatively small pockmarks that the concrete had. The combination of the anti-skid and the flakes created just enough of a grip that slipping is no concern considering people will be walking on this with socks on. My 5-year old son is just as thrilled as I am. He now has a large play area for his construction vehicles with rubber wheels and tracks and so far I have not noticed any marks from his toys on the floor. In all, I ordered two 5-gallon containers for each coat and ended up with approx. ¾ of a gallon in each (maybe a little more of the clear). 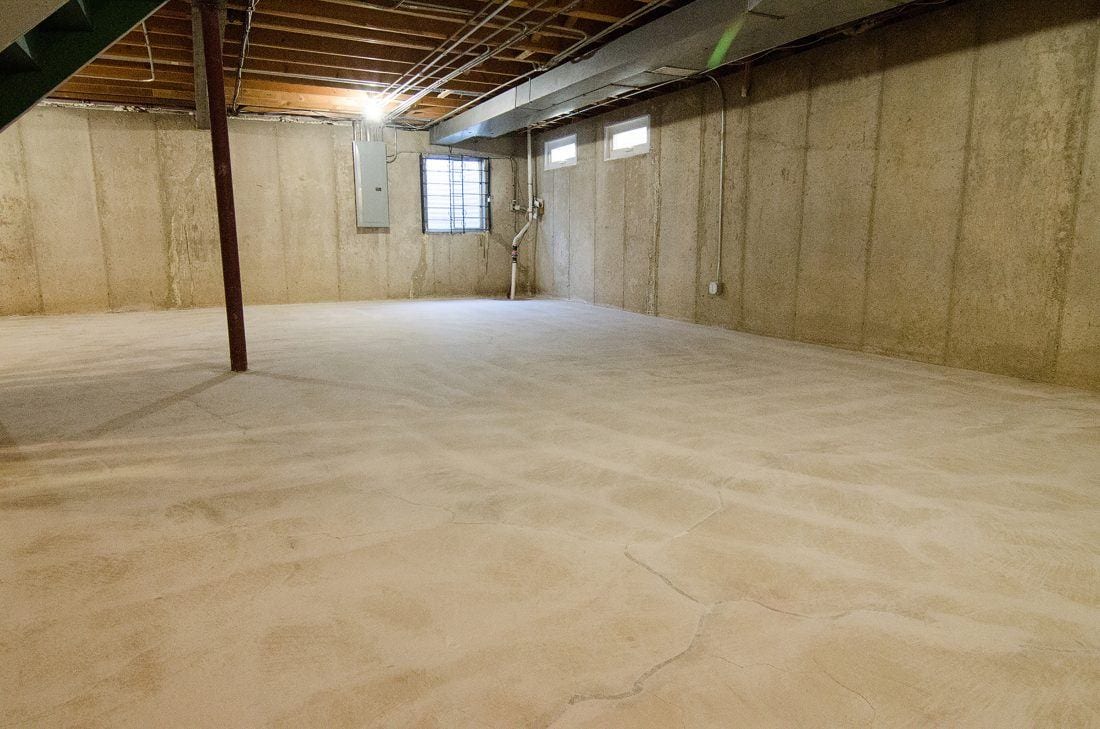 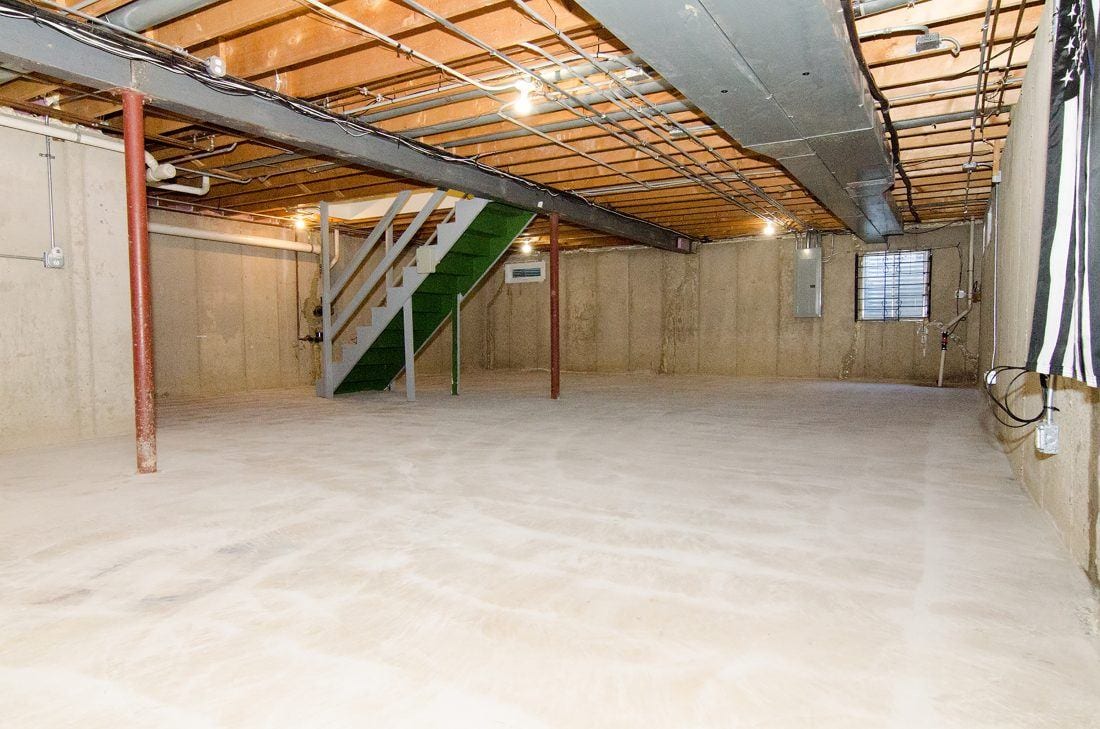 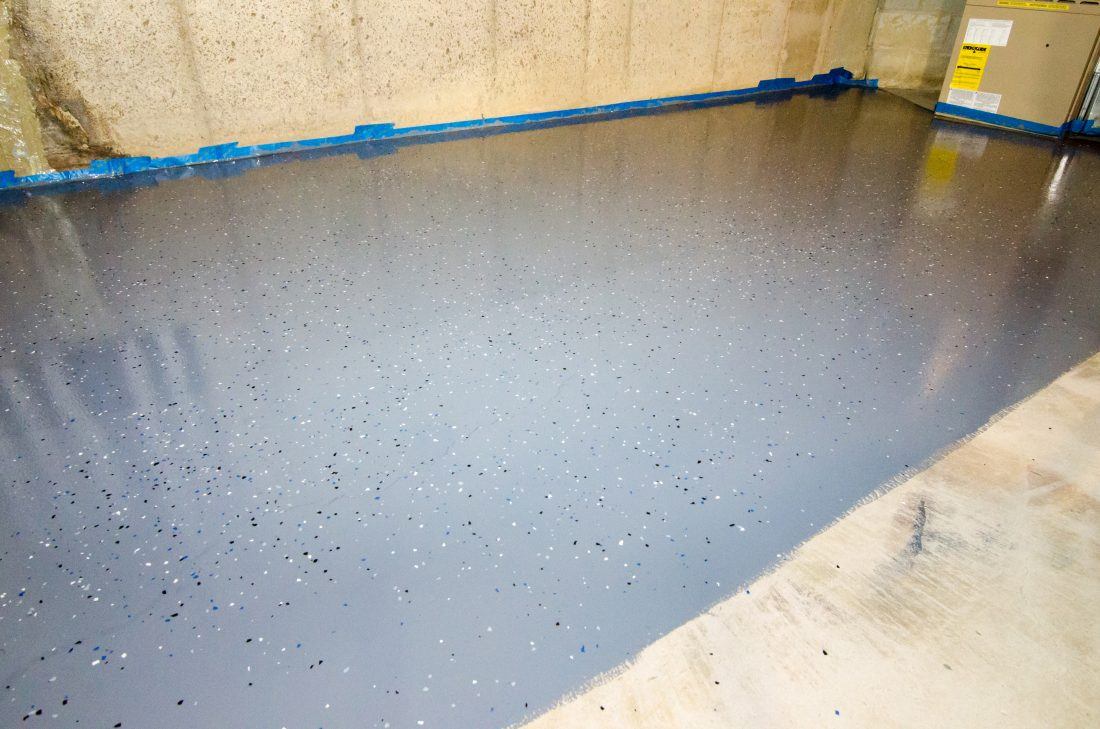 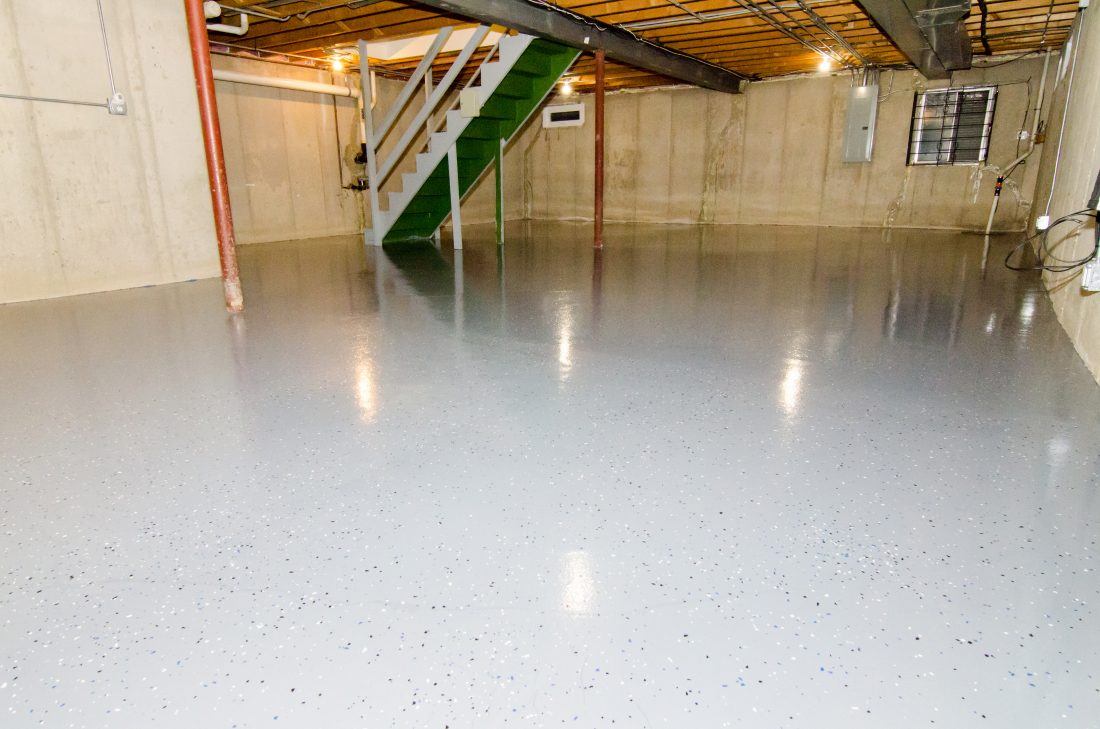 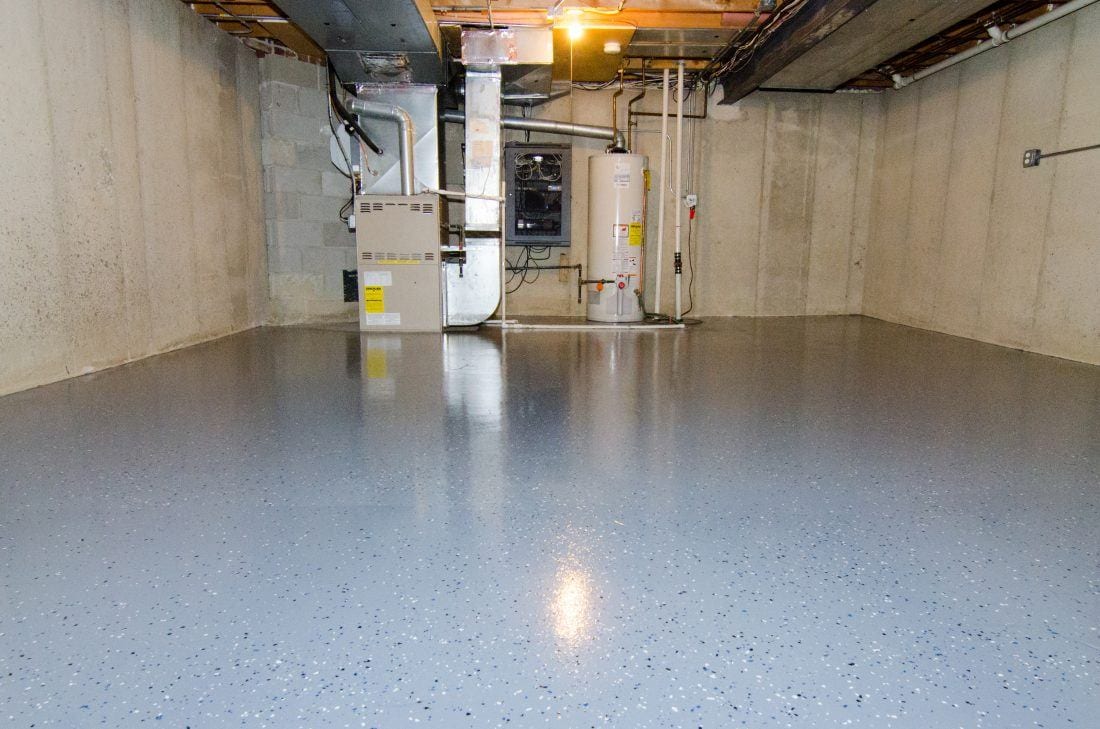 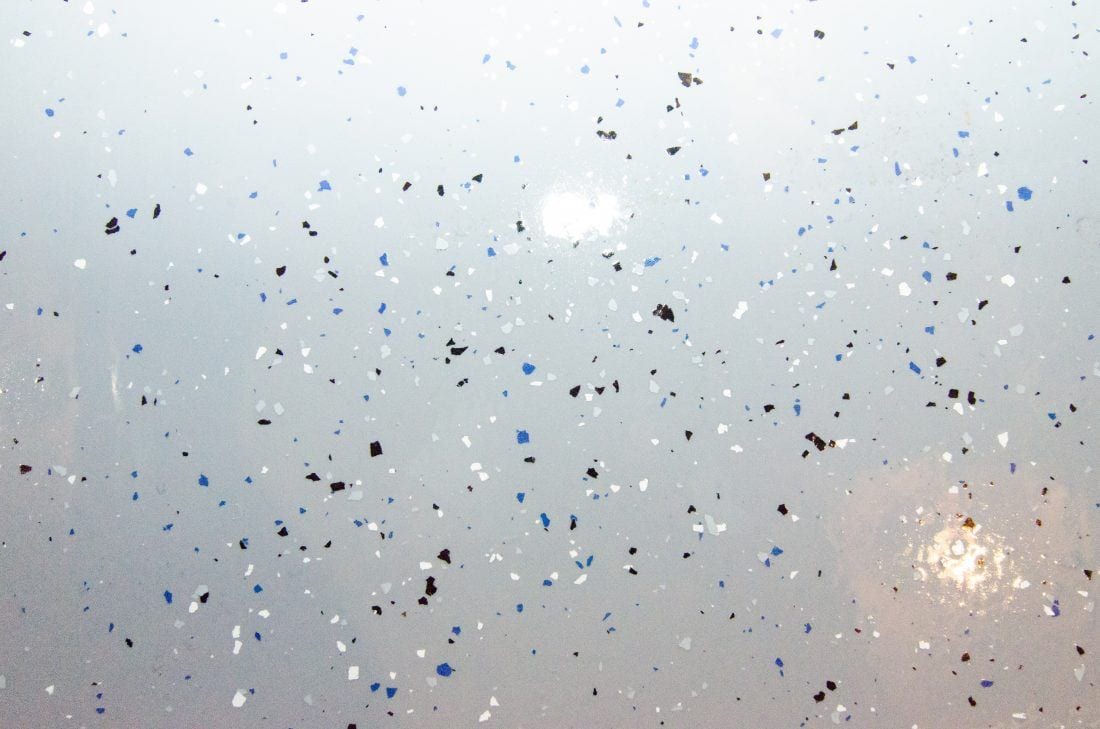 Justin’s Tips:
The following recommendations from Justin are regarding a 500 Square foot AWF Polyurea…

Lon takes garage transformation to a whole new level. Not only did Lon install…

As you can see, David installed the AWF Polyurea in his garage. The tan…

When it comes to garage flooring, picking out the right product can be a…

“Happy With the Quality”
Sriteja installed the AWF Polyurea. What makes this garage unique? First,…

No, this isn’t a scene from your favorite paranormal film. It’s way cooler. Jessica…

Disclaimer: Nohr-S® is a trademark of Legacy Industrial. We do not sell Nohr-S products…

“We are very happy with the floor.” – Brenda
Brenda and her husband are thrilled…

Jeff’s Review:
Justin, very much appreciated and know that you are now on my fan…

“Everything kept pointing back to Garage Flooring of Colorado.”
Robert installed the All Weather Floors…

“I couldn’t have done it without you.” -Arthur
Who says fairy-tale’s aren’t real? If your…

An Amazing Transformation
Rory is a professional contractor in Nebraska. Can you tell? His customers…

Epoxy vs Polyurea? We recently conducted in-house training for two employees. When we…

“The polyurea product turned my floor into a thing of beauty!” – David
David installed…

We Leave Out the Guess Work
Sure, trivia games can be fun, but when it…

Here are some amazing pictures from Jeff’s Polyurea project. He used a grey Polyurea…

Dudley used Grey tinted Polyurea with flake. He told us “Preparation and Application of…

“We are so pleased with the transformation!  And could not be happier with the…

This application surprised us a little. It is not something we market the product…